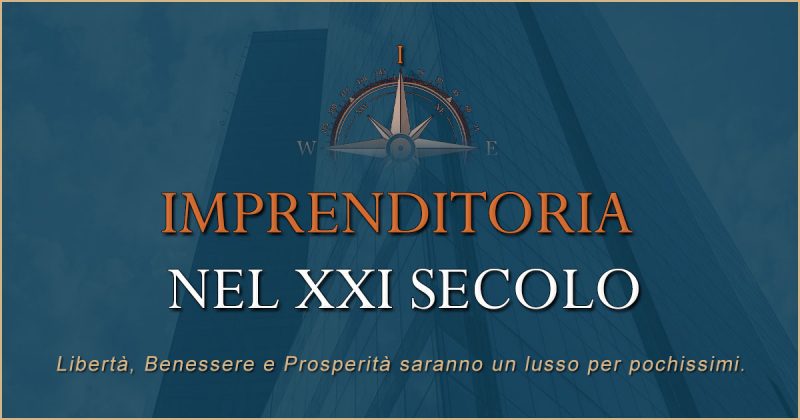 We are victims of a plan that aims to impoverish us more and more. It is a plan that includes a criminal system, because it is based on the principle that the well-being of the masses corresponds to the well-being of very few. It is a system that if you don’t know it crushes you, but if you know it and you know how to exploit it to your advantage, it allows you to cover yourself with gold in a very short time.

My name is Gabriele Cripezzi. I am a former executive of multinational-owned companies and a former employee of US government agencies, where I have held coordination, analytical, managerial and managerial roles. I spent the past twenty years in close contact with investors, entrepreneurs and prominent personalities from the entertainment and political world, so I know the System very thoroughly and I returned to Italy to help some Italians to save themselves from a sad fate to which the masses are destined for the world to come, slavery.

The world in the 21st century will be divided into two social classes, elite and mass. The first will be the wealthy millionaires, the second will be the servants, the slaves who can only aspire to survival, after being deprived of all rights.

What is happening these days with the CoronaVirus excuse is the beginning of a transition phase between the end of one world and the beginning of another, a world in which freedom, well-being, prosperity and even love, will be a luxury for very few, those who will be able to take advantage of the system.

The distribution of wealth has reached a very dramatic level of inequality. We have reached the point where one third of the world’s population lives below the poverty line . The situation is almost the same in Italy. We have reached this point after a century of lies perpetrated on the masses through the media and through institutions.

Exploiters against exploited, excellent against mediocre, elite against mass. This will be the 21st century, two social classes divided into two worlds that run on two different economies, the labor economy for the masses, and the return on investment economy for the elite. The first economy is constantly falling and will never go up again, while the second one grows more and more. 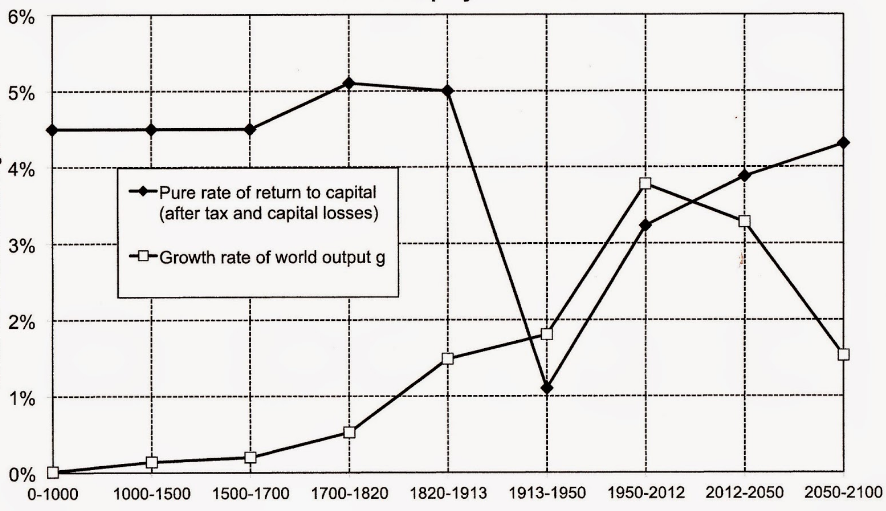 If you want to live as a free man and thrive, you must enter the elite world. I know how to do it and I am going to tell other Italians, who are not going to be pissed off by a group of criminals in suits that get rich by exploiting us as slaves.

All this is aimed at the owners of Small and Medium-sized Enterprises and young aspiring entrepreneurs, and does not concern investments on the stock exchange, much less in Bitcoin. It is pure entrepreneurship, how successful companies are created and how the financial system is used to access ever greater capital, to be invested for development and growth. These are the basic things every entrepreneur or aspirant should know, things that nobody says . Whether you are a business owner who needs capital to grow or a “Startupper” with a business idea looking for investors, if you don’t know these things you are destined to fail, because the state does not want competitors.

The plan we are victims of was studied and developed between the first and second world wars, and it is a system that cannot be changed, much less destroyed. Those who have tried it in the past have made a bad end (JFK, Aldo Moro, Falcone and Borsellino, to name a few), because the state, that is, the banks and the Big Corporations do not allow anyone to hinder their path towards world domination , more precisely towards the domination of all the markets, of all the economies and of all the financial systems of all the countries of the world.

No government will ever do anything to improve citizens’ living conditions, because the government is an organization controlled by some, to put the people at the wheel. Politicians, ministers and all those who hold institutional positions are paid to prevent us from getting rich and feeling well. Taxes are not a contribution to the country, but a legalized robbery to prevent us from developing and growing. Hope in politicians and government is the stupidest thing you can do, just because politicians are paid to make life hell for us. People are stupid and ignorant, which is why this world is falling apart.

Taxes, Equitalia, spreads, public debt, and much more, are problems of the ignorant masses on the system, on how the world really works. These are all problems that do not concern millionaires, who are those who live in another world, according to principles and philosophies very different from those in which the mass believes.

The only way to be successful in the world today and in the world to come is to be a friend of the state , which I repeat to you are the banks and Big Corporations, and only those who have been part of them in their organizations can tell you how does to become one.

While the impotent mass chatters, whines and railed against the government and the system through social networks, calling for reforms that will never happen, some exploit the system and become covered in gold in record time.

If you are interested in being one of these, I am willing to tell you how it is done and I can also help you do it. Send me an email using the form below introducing yourself properly.