What does it mean to evolve?

Simply speaking, evolving means getting better and better, trying less and less. Man can say that he is evolving when he is able to increase his productivity and his level of well-being, making less and less effort.

Those who are well today, and those who will be super well tomorrow, in the new world, the one desired by Freemasonry, to be clear, are and will be those who contribute and will contribute a lot to the evolution of man.

The current “world situation” suggests a very bad judgment as to man’s ability to evolve, and this is because the vast majority of people living today do not enjoy, indeed suffer and live a life that cannot be called life (modern slavery, survival, oppression, etc.). But if we remove the suffering and obsolete part (human resources no longer useful for progress because they can be replaced by machines), which are 90% of the world population, then we cannot fail to recognize that instead we have evolved a lot.

The speech might seem very simplistic, but it is the truth about what has happened and is about to happen, that is the result of the commitment of some to progress and stimulate humanity to evolve, and of the contentment of many, indeed too many. Fewer and fewer people have pushed forward, investing more and more for development and growth, while many others, too many others, have settled on the present and accepted what went through the convent, cartoons, music, sports, films and bullshit various included.

We preferred the comfortable life to life under the banner of risk, benefiting for a long time from the work of those who risked and invested, but these gentlemen now have the machines, as a result of their interest, I repeat, to produce more and more trying less and less. and with less and less pain in the ass (human resources cost much more, are much more difficult to manage), and people no longer need them, not even to consume. Indeed, if you really want to know it all, these people of the mass can not take it anymore. They have reached a level of spiritual wealth and power, which they despise us to the point of calling us rats.

They call us mice, and they even tell us to our faces (Facebook – video section). 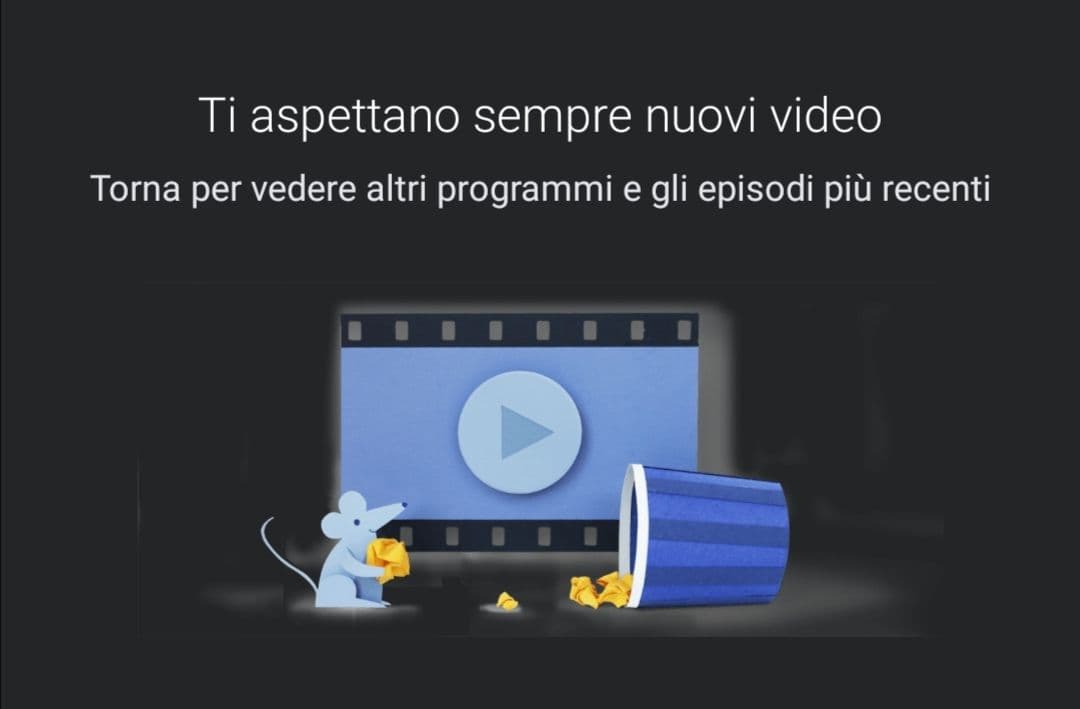 The data on the distribution of wealth speak for themselves … 90% of the world population shares the paltry 10% of the total wealth of the Earth, that is, the crumbs.

Like mice, we fight with each other to grab a few more crumbs, and whoever succeeds thinks he is a king, while instead he is just a mouse a little less a mouse, but he is always a mouse.

This video gives a good idea of ​​what I mean by being mouse-men.

This website uses cookies to improve your experience while you navigate through the website. Out of these, the cookies that are categorized as necessary are stored on your browser as they are essential for the working of basic functionalities of the website. We also use third-party cookies that help us analyze and understand how you use this website. These cookies will be stored in your browser only with your consent. You also have the option to opt-out of these cookies. But opting out of some of these cookies may affect your browsing experience.
Necessary Always Enabled
Necessary cookies are absolutely essential for the website to function properly. These cookies ensure basic functionalities and security features of the website, anonymously.
Functional
Functional cookies help to perform certain functionalities like sharing the content of the website on social media platforms, collect feedbacks, and other third-party features.
Performance
Performance cookies are used to understand and analyze the key performance indexes of the website which helps in delivering a better user experience for the visitors.
Analytics
Analytical cookies are used to understand how visitors interact with the website. These cookies help provide information on metrics the number of visitors, bounce rate, traffic source, etc.
Advertisement
Advertisement cookies are used to provide visitors with relevant ads and marketing campaigns. These cookies track visitors across websites and collect information to provide customized ads.
Others
Other uncategorized cookies are those that are being analyzed and have not been classified into a category as yet.
SAVE & ACCEPT
X
X
X
X
X